what i ate in calgary

Being from Canada, I love when I get the opportunity to explore other cities aside from the main ones I’ve lived in (Toronto & Vancouver!). Calgary was yet another stop on my tour for the #hotforfoodcookbook and I was so excited to visit. Hotel Arts hosted me for this trip, so a huge thank you to them, cause it’s a beautiful place to stay. I was so thrilled to see how up and coming this city is on the vegan scene! There’s a lot of places to try out and I had no trouble finding tasty vegan food in Calgary to chow down on while I was there.

Like I mentioned, this was the place that I stayed throughout the trip! You can call ahead to Yellow Door Bistro and they’ll create a vegan meal for you, and there’s also options at Raw Bar. Both of these are located in the hotel.

I got a hefty ginger chikn’ wrap and salad before heading to the Alice Farm Sanctuary! It was a great on the go option for something healthy AND delicious, aka the ideal combo.

verdict: I really enjoyed the takeout from here, and I imagine visiting their store in-person would be even MORE fresh and more delicious!

I don’t always highlight cafes unless they’re somethin’ SPECIAL, so you know Monogram’s got it going on! They have a super creamy homemade nut milk that’s made with cashews, almonds, and dates.

verdict: the coffee here is great! I’ve also tried the winter spice latte and highly recommend if you want a spicier sip.

OMG, a moment of silence to appreciate Hoopla Donuts… every day they have a selection of vegan doughnuts! The ones we tried were passion fruit, raspberry crumble, coconut cream, and banana caramel. Genuinely, the passion fruit doughnut took me to another WORLD. You can watch me freak out about it in the vlog for an entire two minutes. This. was. UNREAL. And one of the BEST things I’ve ever eaten!

verdict: you’ll cry happy tears if you try that passion fruit doughnut. It’s my one true love. This is the best vegan food in Calgary I had!

If you plan on hitting this place up, make sure you make a reservation for dinner! Just ask them to make the things on the vegetable menu vegan. Everything I had was super delicious! It was basically a huge mishmash of a bunch of vegetable orders off the menu.

verdict: I definitely plan on returning the next time I’m on the hunt for vegan food in Calgary!

You’d have to be crazy to say no to chicken and waffles… so I knew I had to get down with some at The Dandelion Cafe! I also got the better benny cause you know I love a good benedict, and the no rules burger, which was served on a smashed plantain bun. A super cool and tasty idea! All of it was super delicious and DEFINITELY hot for food approved.

verdict: yet another win for vegan food in Calgary!

I also wanted to include The Coup in my hot for food approved list! It wasn’t exclusively featured in this vlog, but I’ve eaten there multiple times and highly recommend it.

There were also a few goodies that made debuts in this vlog that I want to share with you! The first is Camp Brand Goods, created by my friend, Leslie. That’s where I got my badass yellow beanie from in the vid! She took us to Alice Farm Sanctuary which was filled with tons of furry friends including a wildly affectionate cat named Toby. If you’re in Calgary and can swing by for a visit, DOOOO IT! The last fun tidbits in this trip was getting invited to be the keynote for Next Big Thing, organized by my friend Mike Morrison and being part of the Self Care Sunday podcast. You can listen to the episode I was featured in here. Additionally, I also met up with Julie Van Rosendaal who is a totally lovely woman, food columnist, cookbook author, and also hosts her own podcast called Crispy Bits. We met up at the library to record an episode and talked all about veganism! You can listen to that episode here.

That concludes my journey to yet another fabulous Canadian city! Like I said, it’s great to see Calgary on the rise as such a bumpin’ vegan spot. Leave a comment below and let me know if you try any of these places out, and where I should go next time I visit!

what I ate in ottawa 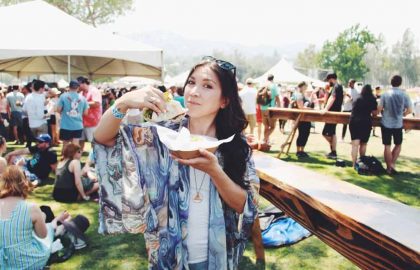 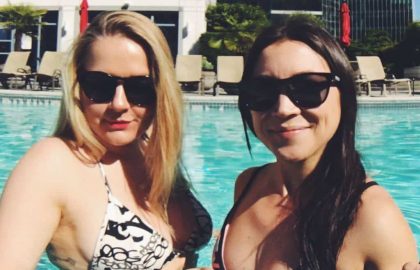 what i ate in vancouver 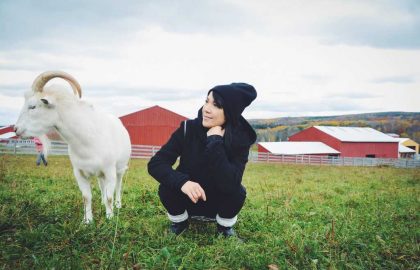 2 thoughts on “what i ate in calgary”