I looooove New York and this was our first trip to New York together as vegans (and vegan bloggers). Now there are obviously tons of places to eat and we couldn’t fit them all into this trip, but we had our vegan game faces on and the big apple did not disappoint!

If you want a stellar vegan breakfast check out champs family bakery in Williamsburg. It was the first place we ate (this is actually Brooklyn!) and we happened to be starved by the time we actually got there.

I’m very impressed with their tofu scrambles. It’s the right colour, has great flavour, and is the right texture as a scrambled egg replacement.  Also the waffles were amazing and we couldn’t help ourselves… we had to try that chocolate chip scone!

The menu has so many options you’ll get anxiety trying to decide what to eat, but I think we made some good choices. Also in case you didn’t notice you end up getting so much food, so make sure you go hungry.

candle 79 is the place I’ve always wanted to check out in new york. We booked a reso in advance and we recommend you do the same because it was packed to the max. It has a rich history dating back to 1984 and they’re one of the “greenest” businesses in the country, which you can definitely sense when you walk in the door. It’s a fine dining setting but with a very earthy and peaceful feel. It sort of reminds me of millenium restaurant in San Francisco.

Truth is, John and I were a little tipsy when we arrived at candle 79 and we ordered and ate so fast before we even knew what happened. We felt pretty silly in such a fancy restaurant, but I assure you the food is excellent. We ordered mostly from the starters section of the menu and shared everything so we could taste as much as possible. The spinach ravioli had a delicate almond and cashew cheese stuffed inside an amazing fresh pasta shell.

The coconut pad thai was entirely raw and drenched in an amazing sauce with lemon grass and tamarind. Everything was so good, but there are definitely more options on the menu that we would have loved to try. We’ll just have to go back sober next time! Then we can try some of their heavenly eco-cocktails and drop in for lunch or brunch too.

If you want to feel like a real new yorker, hanging out at the butcher’s daughter in nolita seems like the thing to do. It was definitely a celeb-spotting location. Fashion blogger, Leandra Medine (manrepeller.com) was there with her girlfriends and get this… Leonardo Dicaprio was sitting right in front of us on the patio with his model girlfriend Toni Garrn! Don’t worry the food at this place is just as exciting.

They have a whole list of delicious juices and the hangover killer that I had was much needed on this particular afternoon. We ate a very sexy spicy kale caesar salad that had the most amazing crispy fried onions on top that look exactly like bacon strips and the reuben sandwich with homemade seitan pastrami was to die for.

verdict: we would eat here again and again because it kind of feels like we’re eating in our dream kitchen with a personal vegan chef

How exciting is this? At terri you can walk in and get vegan egg and sausage breakfast sandwiches to go. It’s quick, easy and also organic. I thought a place like this only existed in dreams. Terri is a huge step in the right direction, influencing consumers away from traditional fast food. I mean if you had the healthier option right in front of you, you would definitely choose it.

verdict: you have to go just because you’ve never been able to buy a vegan breakfast sandwich on the go before, have you!?

The day we found a vegan cronut was the day everything changed. I mean, of course someone invented a vegan cronut! It was obviously delicious, but who know’s how long they’ll be around. We happened to stumble upon blossom du jour by accident after we already ate breakfast at terri, but how could we not get a cronut!

We think it would still be worth your time to drop in and check this place out for a full meal. Their menu of all vegan “fast food” looks delicious with meaty sandwiches and big salads. Plus, all their sweet treats come from blossom bakery which we’ll have to go to next time.

verdict: we were on a sugar high after this treat, but it was totally worth it. We say support them and drop in to see what’s cooking because the more convenient grab ‘n’ go vegan spots there are the better.

Our final stop on our New York vegan food tour was in Wililamsburg at bliss grand. Not to be confused with bliss cafe on bedford ave. It’s the same owners but this is the more up scale and accommodating location, and they have different menus. Everything at this place is made from scratch and it was very satisfying and delicious.

I think the best and most interesting meal was the bbq pulled jackfruit sandwich. Tell me that doesn’t look exactly like pulled pork?! They even had hand cut fries, which is one of our favourite things at a gourmet restaurant. It was a perfect last meal in new york.

verdict: fresh, filling, delicious straight forward vegan food. It’s nothing out of the ordinary or outstanding, but if you’re in Williamsburg and hungry it’s worth your time 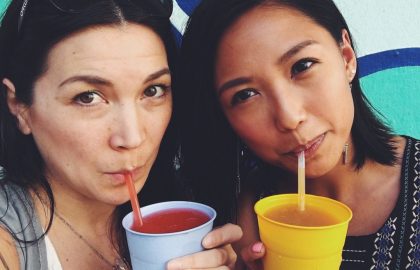 what i ate in mexico 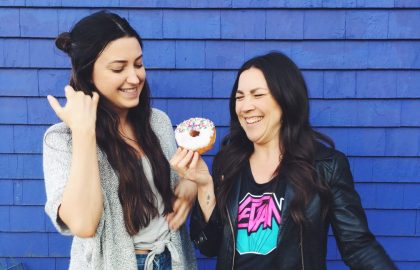 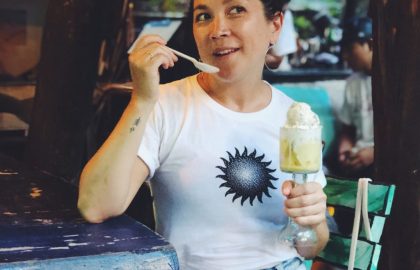 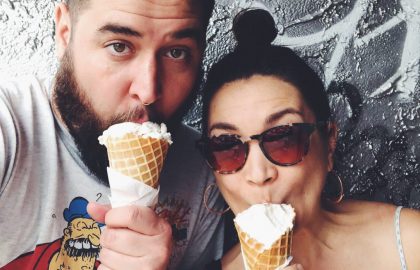 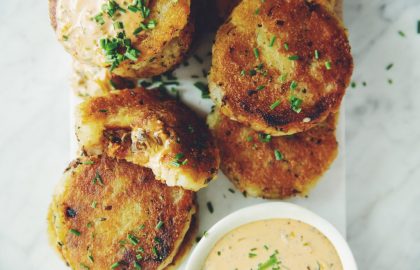 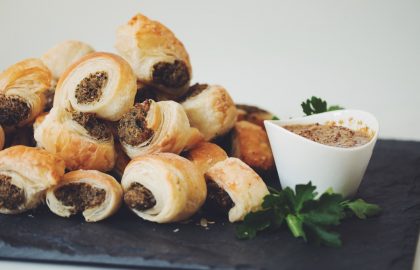 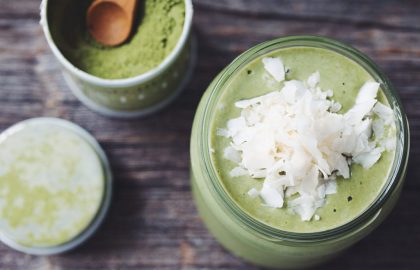 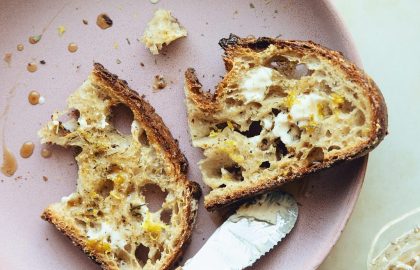 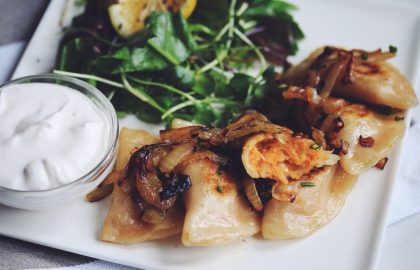 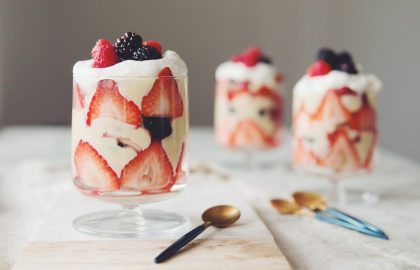 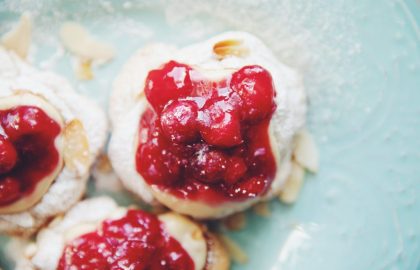 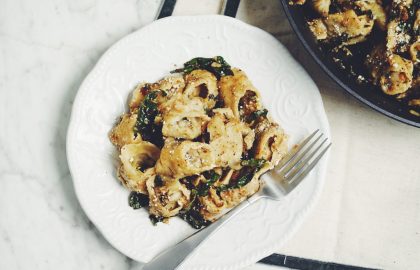 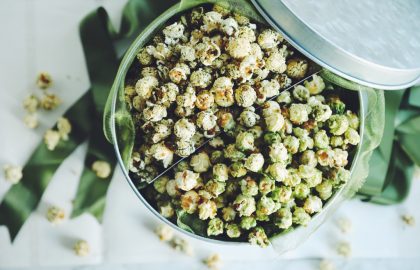 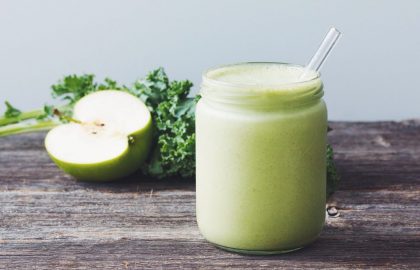 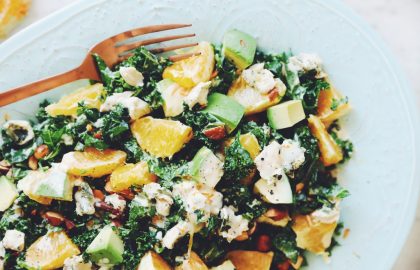 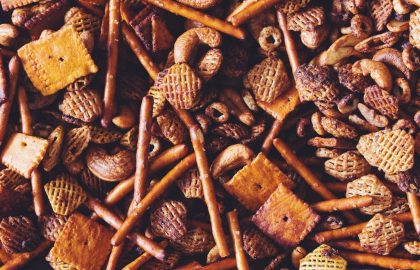 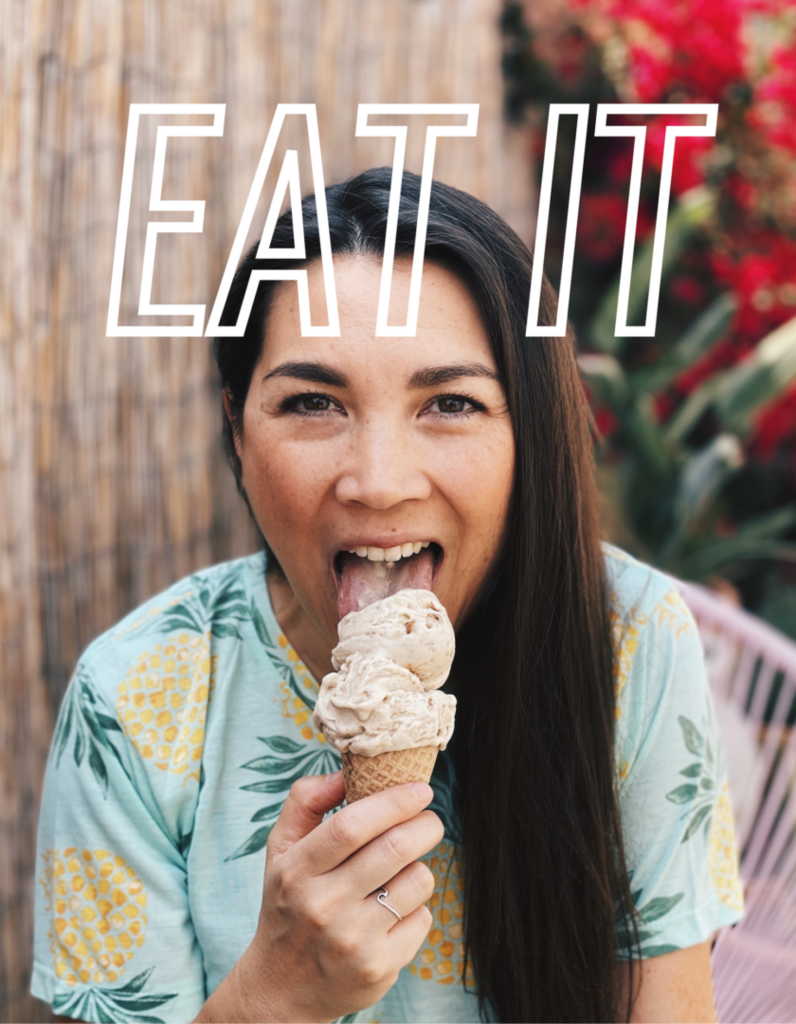 BECOME A MEMBER AND GET MORE!

EAT IT by hot for food is my new members-only blog with exclusive recipes, video tutorials, and live cook-alongs as well as BIG member giveaways. DON’T MISS OUT!

SIGN UP NOW
By entering your information below you’ll also receive an invite to the cookbook digital launch event in 2021. There’s also a chance that hot for food will have more pre-order gifts that you’ll be eligible to win by random draw. You’ll receive periodic emails about these offers.