I’ve already shared my experience from Canada’s west coast with you, so now I’m sharing my visit to the east coast as part of the #hotforfoodbooktour! I’ve been to Halifax before, but never as a vegan, so I was super pumped to explore, meet some #hotforfoodies, and enjoy some top-notch vegan food while I was at it. Here’s a recap of the vegan food in Halifax that’s officially hot for food approved!

I started off my hunt for vegan food in Halifax at the Nook, where I had a vegan caesar salad, and an everything bagel sandwich. Both of them were delicious, and the salad in particular was super creamy irresistible. I was so sad when it was finished!

verdict: a cute, high-vibe place to chow down on some vegan food!

Being in Halifax also gave me the opportunity to meet up with Liv B, who you probably know from her YouTube channel where she makes amazing easy vegan food! I was so happy to have the chance to meet her and let her show me around the city. Obvi I trusted her judgement cause she’s a vegan goddess, so I joined her and her sister at Envie! Together we had the buffalo wings, mozzarella sticks, the vegan cheese plate, and a tempeh power salad. The wings were made of oyster mushrooms and looked like actual chicken wings, I was so impressed! The mozza sticks were a home run, the vegan cheese plate was pretty good, and the tempeh was the best part of the salad. Vegan food in Halifax ain’t messin’ around, people!

verdict: overall, we really enjoyed the food here! My faves were the wings and mozza sticks.

This doughnut spot isn’t fully vegan, but they have a varying selection of vegan options everyday! It’s quirky because it’s attached to a pub, but I think it adds character. We got the vegan vanilla sprinkle doughnut as well as the vegan boston cream. After a bunch of pictures for IG (pics or it didn’t happen), we dug right in. They were really tasty and hit the spot post-dinner!

verdict: most places that offer doughnuts I can eat are a win in my books! Shoutout to these guys for having vegan options.

I was also super fortunate to meet those of you from Halifax who came out to my meetup for the #hotforfoodbooktour! This one was at Chapters, where I got to chat with y’all and sign some copies of my cookbook! Thanks again to everyone who came out and made my trip to the east coast such a memorable experience.

what i ate in paris 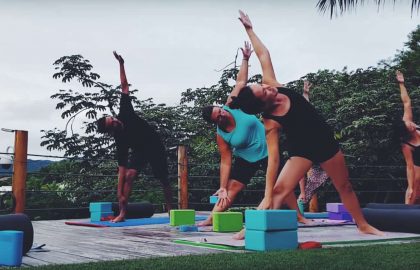 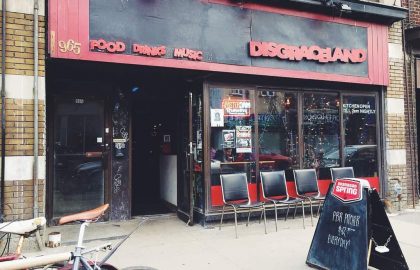 a vegan retreat in Bali!

You could travel Bali with me and The Getaway Co.
SIGN UP